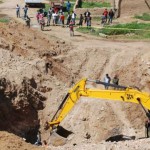 In 2014, retired Colonel Hasan Atilla Uğur, Diyarbakır Province Gendarme Commander Colonel Eşref Hatipoğlu, Gendarmerie Commando Unit Commander Ahmet Boncuk, Sergeant Major Ünal Alkan, and village guards Abdurrahman Kurğa, Mehmet Emin Kurğa, Ramazan Çetin, Mehmet Salih Kılınçaslan, and İsmet Kandemir were charged with “forming or running a criminal organization, being a member of an armed gang and murder” for the enforced disappearance or extrajudicial killing of 22 persons in the Kızıltepe district of the Mardin province between the years of 1992-1996. The trial was transferred to Ankara before it began on the grounds of security.

In the first hearing held on 3 March 2015, considering Hasan Atilla Uğur and Eşref Hatipoğlu’s military ranks and Article 161/5 of the Code of Criminal Procedure, which sets forth that military personnel of a certain rank may only be prosecuted with special permission from the Supreme Board of Judges and Prosecutors, the court sent the case to the Board. Before the next hearing date of 15 January 2016, the Board made a decision that the case could be tried by the Ankara Assize Court without their permission since the crimes they committed were not relevant to their official duties.

On 15 January 2016, legal representatives of victims asked that the judges recuse themselves from the case due to their decision to send the case to the Supreme Board of Judges and Prosecutors for approval. While the prosecutor made objections to this request, the court sent the request for their recusal to the relevant authorities.

On 24 June 2016, the legal representatives of victims did not attend the hearing. Legal representative of victims, Erdal Kuzu explained the reason for their absence in the petition he gave to the court. Defendant Ramazan Çetin gave his defense via video conference (SEGBIS).

Allegations of the defense that deceased victim Nurettin Yalçınkaya was still alive had been in the court’s agenda since the beginning of the trial. He was still alive according to the official records at the Civil Registry and had been party to divorce proceedings in the Pendik 2nd Family Court. In the hearing of 18 November 2016, It was decided to refer to Zeynep Yalçınkaya, the other party to the divorce proceedings, for her testimony on the matter. Zeynep Yalçınkaya could not testify on 28 November 2017 due to a failed video conference connection. On the 26 April 2018 hearing, the court postponed taking Zeynep Yalçınkaya’s testimony to 30 May 2018.

During the hearing of 17 February 2017, secret witness, “Aydos” could not be heard since he did not have the secret witness decision and his national ID card on him. On the other hand, since the court was not able to reach the other secret witness “Oğuz,” it was decided to get his statement in Mardin’s Derik County, where he resides. Habip Demir, Hadra Ünal, and Şehmus Süer, who had requested to join the case, gave their avowal. The defendants’ lawyers asked that the avowal be refused since their avowals did not coincide with those in the existing file. In addition, the defendants’ lawyers also asked that since the Code of Criminal Procedure had been amended, based on the Governmental Decree, the investigation no longer complied with the procedure. Hence, they demanded that the file be separated, and a verdict of not-guilty be given. In its interim decision, the court overruled Şehmus Süer’s request to be a victim in the case. On the other hand, since Habip Demir “might have been affected by the crime,” his request to be a victim was accepted, while and that of Hadra Ünal’s request to be a victim had been sustained earlier.

During the hearing held on 14 September 2017, in response to the allegation that the deceased victim Nurettin Yalçınkaya was alive, his birth certificate and the official papers marking the decision on his divorce from the Pendik 2nd Family Court came before the court’s agenda. A series of interim decisions were made concerning the statement to be taken. In addition, Kızıltepe Gendarmerie Commander, Eyüp Bölük gave his statement as a witness. Lastly, since secret witness “Oğuz” (Bedran Akdağ) could not be found despite a thorough search and that his residence could not be discovered, the court decided with the agreement of the lawyers’ present, not to hear him.

In the hearing of 28 November 2017, the allegation concerning Nurettin Yalçınkaya was to be ascertained, but to no avail. Of the parties to the divorce case, the court attempted to hear Yasemin Yalçınkaya via the audio-visual system, but the connection could not be established.

During the hearing held on 14 September 2017, in response to the allegation that Nurettin Yalçınkaya was alive, his birth certificate and the official papers marking the decision on his divorce from the Pendik 2nd Family Court came before the court’s agenda. A series of interim decisions were made concerning the statement to be taken. In addition, Kızıltepe Gendarmerie Commander, Eyüp Bölük gave his statement as witness, while the court decided that since secret witness “Oğuz” (Bedran Akdağ) could not be found despite a thorough search and that his residence could not be discovered, it was decided with the agreement of the lawyers’ present, not to hear him.

In the 26 April 2018 hearing, legal representative of victims Erdal Kuzu requested that a number of persons that were mentioned in the indictment of having knowledge on the disappearances of Yusuf Çakar, the Birlik family, and the Yiğit family are asked to appear in court for their testimony. The court accepted this request on the condition that Erdal Kuzu himself makes sure that these people are ready to appear in court on the next hearing date instead of sending them notices to appear.

On 13 September 2018, it was decided by the court that defendants Eşref Hatipoğlu and Mehmet Salih Kılınçaslan, who was already in detention for other charges they were being tried for, to be asked to testify from jail via video conference. The court also decided to hear Zeynep Yalçınkaya’s testimony and that she be forcibly brought to court if she does not attend the next hearing. The court rejected the request of the legal representatives of victims to add new names to the witness list, stating that it was a late stage in the trial process to make these additions.

On 18 December 2018, the court asked the prosecution and the parties to prepare their final remarks before the next hearing. On the next hearing, the court gave additional time for the parties to prepare their final remarks. The court also announced that they had received Nurettin Yalçınkaya’s case records from the Pendik 2nd Family Court and that the divorce case had finalized in 2010. The legal representatives of defendants asked that those who were sent a copy of the judgment be determined. The court ruled that the defense be given additional time to examine the case file.

In the hearing of 28 May 2019, the victims’ lawyers made their last remarks on the merits of the case and the prosecutor presented his opinion as to the accusations. The prosecutor called for the drop of charges for some of the defendants due to statute of limitations and the acquittal of the others due to insufficient evidence for a conviction.

In the final hearing held on 9 September 2019, the court rendered its judgment in parallel with the opinion of prosecutor. Accordingly, the accusation against some defendants that they arbitrarily killed İzzettin Yiğit, Yusuf Çakar, Abdurrahman Öztürk, Mehmet Ali Yiğit, Abdülbaki Yiğit, Abdülvahap Yiğit, Mehmet Nuri Yiğit, Tacettin Yiğit was dropped due to statute of limitation. The other defendants were acquitted for the other crimes of disappearance or killing and forming a criminal organisation to commit those crimes due to lack of evidence.