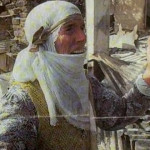 During a military operation held in the Lice district of the Diyarbakır province on 22 October 1993, 15 civilians, along with one soldier (Yüksel Bayar), and Gendarmerie Regional Commander Brigadier General Bahtiyar Aydın lost their lives. In the formal criminal charge brought against Diyarbakır Gendarmerie Regiment Commander Eşref Hatipoğlu and Lieutenant Tünay Yanardağ were accused of “forming a criminal organization, inciting rebellion and homicide” under Articles 313/2, 450/4-5, and 149 of the former Turkish Penal Code.

The trial, which started in Diyarbakır, was transferred to Eskişehir on the grounds of security by the 5th Criminal Chamber of the Court of Cassation. Since no court in Eskişehir had the appropriate jurisdiction to hear the case, it was sent back to Diyarbakır, from where it was forwarded to İzmir.

During the hearing held on 1 June 2015, the legal representatives of the victims insisted on cross-examination of defendant Eşref Hatipoğlu, and he was ordered to appear in court on the next hearing on 7-8 October 2015.  However, Hatipoğlu did not attend this hearing. It was revealed that Eşref Hatipoğlu had came to the courthouse on 18 September 2015 and given a 15-minute statement outside a hearing setting, which the court allowed citing his personal safety. During the hearing, it was also announced that the other defendant, Tünay Yanardağ had died.

Due to the preferential treatment given to the only remaining defendant, legal representatives of the victims asked for the recusal of the judges. The request for recusal was examined by the Izmir 2nd Assize Court and then rejected. Eşref Hatipoğlu did not appear in court again on the hearing held on 24 December 2015. The court decided to dispatch communication to Hatipoğlu to appear before the court, and warn him that should he not do so, he would be brought by force. However, the court also refused the legal representatives’ requests that Hatipoğlu be detained.

On the hearing held on 17 March 2016, Eşref Hatipoğlu appeared before the court. The request for his detention was rejected one more time, while his demand to be excluded from the hearings was accepted by the court.

On the hearing held on 23 June 2016, the Southeastern Industrialists and Businessmen Association (GUNSIAD) administrator Abdurrahman Ayaz, the Chamber of Lice Tradesmen and Artisans Representative Şaban Maltaş and Murat Canpolat, and Fesih Ersönmez whose family members had been murdered gave their testimony in court. Şaban Maltaş, Murat Canpolat, and Abdurrahman Ayaz were allowed to join the case as victims.

The 17 November 2016 hearing of the trial started with the statements of witness Ethem Özer. The requests of the legal representatives of victims made at previous hearings, such as to subpoe the postal cargo records from Lice, to call former aide to the Prime Minister, Deniz Baykal, former Governor Ünal Erkan, and journalists Tayfun Talipoğlu and Mithat Bereket, who were present in the region at the time of the incident, to testify in court, were denied as they were determined to not be of further help to the court in its decision concerning the case. Mesut Karçkay and Mesut Karademir’s request to join the case as victims was accepted, while it was decided that the suspect for Bahtiyar Aydın’s murder, the detained Mehmet Emin Özkan should be ready to give his account via video conference (SEGBIS) during the next scheduled hearing and that all the documents held within the Diyarbakır Chief Public Prosecutor’s Office be handed over to the court.

During the hearing held on 16 February 2017, plaintiffs Şeref Can Can, İlhami Bayar, and witnesses Selma Özkan, Mehmet Hüseyin Baygeldi, Zafer Alak, and İbrahim Olu testified in court. The legal representatives of victims asked that the witnesses, who had been refused to be heard during the former hearing, in addition to Şemdin Sakık, who had eyewitness information concerning the event, also be heard. These requests were rejected.

The complainants did not come to the hearing held on 18 May 2017 due to the “refusal of all their requests during the former hearings and the general attitude of the court.” It was observed that the court had been reshuffled. Major İhsan Batı, stationed at the Diyarbakır Gendarmerie Regional Command, gave his statement via video conference. Mehmet Emin Özkan, who was being held in solitary confinement at Diyarbakır for the murder of Bahtiyar Aydın could not give his testimony via video conference like it was planned due to technical difficulties. The court decided that he be heard in Diyarbakır and a statement be written to that effect.

During the hearing held on 12 October 2017, it was observed that the presiding judge had changed. Witness Tuncay Kırmacı’s statement heard by another court and the General Staff’s response to the written warrant was heard, and both were placed in the case file. The legal representatives of victims repeated their earlier request and asked for time to examine the documents and to read a recent newspaper interview by Bahtiyar Aydın’s sister Birsen Aydın and that she be heard in court as a witness. All requests were refused except “examining the documents that had arrived.”

On the hearing held on 27 March 2018, the prosecutor for the case gave asked the court for the defendant Eşref Hatipoğlu’s acquittal due to lack of evidence that proved his guilt beyond a reasonable doubt and that the charges against the other defendant Tünay Yanardağ be dropped due to his death during the course of the trial.  The request of the legal representatives of the victims to be given sufficient time to prepare a response to the prosecution’s submissions was denied.  The representatives for the victims once again asked for the recusal of the judges.

On the last hearing of 7 December 2018, defendant Eşref Hatipoğlu was acquitted from all charges.

Case of Ayder and Others v. Turkey