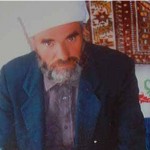 Twenty years later, just one day before the statute of limitation period is expired, the Van Public Prosecutor’s Office charged the former Muş Gendarmerie Regiment Commander Naim Kurt with ‘’killing more than one persons intentionally and for the same purpose, inciting the public to rebellion and murder, and forming an entity with the purpose of committing crimes.’’

The case which started in the Van 6th Assize Court was forwarded to the Muş 1st Assize Court following the closing of courts with special jurisdiction. During the hearing, Naim Kurt defended himself by arguing that at the time Savaş Aksoy was the Regiment Commander and that he was the aide to the commander. On the hearing held on 28 November  2014 the prosecutor asked that the defendant be acquitted due to the fact that it was not possible to determine whether he was the regiment commander or not. On 22 December 2014, Naim Kurt was acquitted.