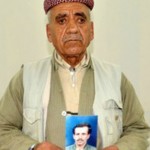 Nezir Tekçi, a shepherd living in the Yukarı Ölçek hamlet connected administratively to Yüksekova township of Hakkari was detained by soldiers on April 26, 1995 and was never heard from again. Upon the application of his father in 1997, an eye witness, Yunus Şahin said he had seen Nezir Tekçi being killed whereupon an investigation was started.

As a result of the enquiry, retired Colonel Ali Osman Akın and Lieutenant Colonel Kemal Alkan were brought before the High Penal Court of Hakkari with the accusation that they had committed intentional murder caused by  ‘’torture and gruel, motivated by a fiendish impulse’’

The case was transferred to the 1st High Penal Court in of Eskişehir on grounds of security where the Office of the Prosecutor, in their opinion as to the accusations claimed that there was no evidence beyond a reasonable doubt or to form an opinion and asked that the defendants be released. During the summary judgment hearing held on September 11, 2015 the court board decided unanimously that the defendants be released on grounds that they could not be proven guilty as charged.

Case of Tekçi and Others v. Turkey (in French)