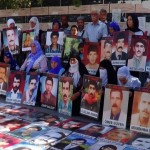 Due to the arbitrary killing and enforced disappearance of 21 individuals between 1993 and 1995, a suit was filed against Cizre town Gendarmerie Commander at the time, retired colonel Cemal Temizöz, former Cizre Mayor Kamil Atağ, Kukel Atağ, Temer Atağ, Adem Yakin, Fırat Altın (Abdulhakim Güven), Hıdır Altuğ and Burhanettin Kıyak in 2009, on grounds of forming an entity with the intention of committing crimes, joining this entity by becoming a member, killing individuals and instigating to kill.

The Prosecutor’s Office asked for the punishment of only 9 of the murders, the subject of the case, while for the rest, due to the possibility of the dismissal of the case based on the statue of limitations and lack of sufficient evidence, in his first opinion as to the accusations he asked for acquittal, but also asked for 5 times aggravated life imprisonment and 100 years of imprisonment for Temizöz.

After the abolition of the courts with special jurisdiction, the case was transferred to Şırnak and then to the 2nd High Criminal Court of Eskişehir on grounds of security.

In the interim, Adem Yakin, Burhanettin Kıyak and Cemal Temizöz were released taking into account the time they had already spent in prison.

During the hearing held at the 2nd High Penal Court in Eskişehir on April 18, 2015, in his opinion as to the accusations the Prosecutor’s Office had asked that due to testimony of the witnesses and the lack of hard, conclusive and compelling evidence, each of the eight defendants be acquitted separately.

During the summary judgment hearing held on November 5, 2015 Cemal Temizöz and all the other defendants were acquitted.

To draw attention to the decision of acquittal we have an ongoing campaign where we ask ‘’If Cemal Temizöz is not Guilty, who killed the 21 defendants?’’ which you can also support and sign by clicking on the following link: change.org/21insanikimoldurdu

Case of Gasyak and Others v. Turkey

If not Cemal Temizöz, who killed these 21 people?